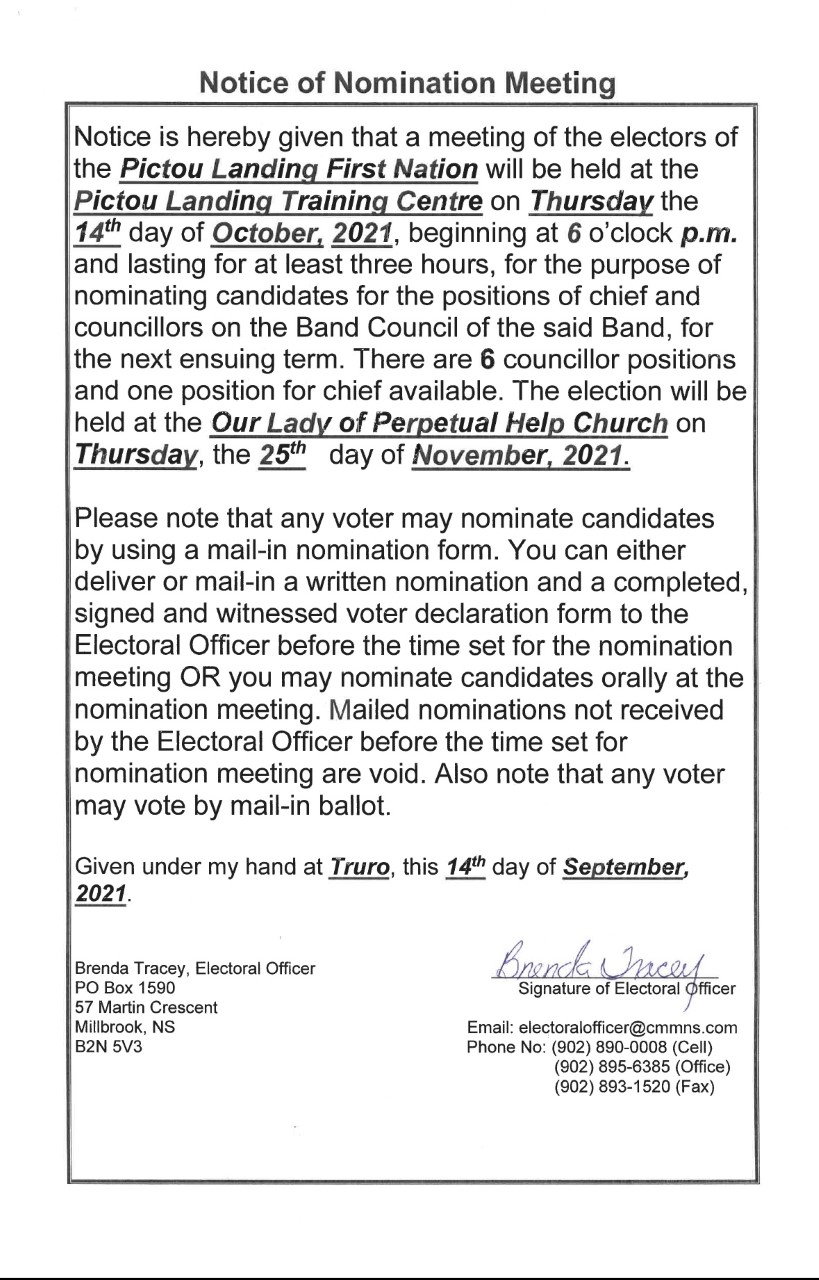 A meeting of the electors of the Pictou Landing First Nation will be held at the Pictou Landing Training Centre on Thursday, October 14th, 2021 at 6:00pm. For the purpose of nominating candidates for the positions of chief and councilors on the Band Council, for the next ensuing term. There are 6 councilor positions and one position of chief available.